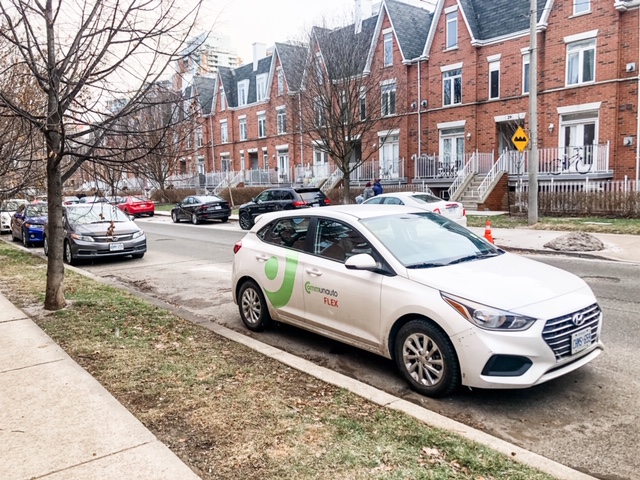 Toronto, March 11 – Communauto, the largest carsharing organization in Canada and the first in North America, welcomes the recommendation given by the Infrastructure and Environment Committee of the City of Toronto to make the free-floating carsharing pilot project permanent. The committee adopted the proposal of the General Manager, Transportation Services, which was improved with some slight changes in regulation.

“This is a first and encouraging step towards us further developing free-floating carsharing for Toronto. In the 16 months of the pilot project, we have demonstrated that free-floating carsharing has been accepted in Toronto and that carsharing contributes to reducing the number of cars on the street and the number of parking permits issued. We wait for the final decision from City Council on how we can work together to augment the fleet in order to face the always increasing demand,” said Marco Viviani, Vice-President at Communauto.

Fleet to be increased by 50% if the city confirms decision

Communauto is committed to growing this service in Toronto and looks forward to continuing to work with the City of Toronto when and if this pilot program is made permanent. 100 cars are planned to be added to the fleet this spring if the program is confirmed.

Communauto free-floating service in Toronto currently operates 200 cars, available to pick up and drop off in an area of around 50 sq km between High Park and Runnymede in the west, Dupont and Mortimer in the north, and Victoria Park in the east. The area excludes downtown metered spaces and zones where 100% of parking permits have been sold. Cars are used for both short-term and long-term trips (on average, around six hours per trip per 40 km), and as a replacement and alternative to personal car ownership.

Founded in Québec City in 1994, Communauto is the largest carsharing service in Canada and the oldest in North America. Present on two continents in 14 cities (Edmonton, Toronto, Kitchener/Waterloo, Hamilton, Guelph, London, Kingston, Ottawa, Gatineau, the regions of Montréal and Québec, Sherbrooke, Halifax and Paris in France) with a fleet of 3,000 vehicles, it is one of the few operators offering both free-floating and station-based carsharing. Communauto is a private company whose main mission is to reduce the impact of cars on cities while improving access to mobility. Communauto establishes strong partnerships with public transit authorities and offers the largest electric carsharing fleet in Canada, in selected cities.